Blog / What is Paradoxical Adipose Hyperplasia?

What is Paradoxical Adipose Hyperplasia?

Paradoxical adipose hyperplasia (PAH) is an adverse effect of cryolipolysis. This is the medical term for the process by which CoolSculpting® destroys the fat cells in the treatment area. It damages them by reducing their temperature. In most cases, the procedure is extremely effective. However, certain patients have the exact opposite response. Instead of going away, the fat cells in the treatment area suffer a gradual enlargement. While it can take anywhere from a few days to 6 months after treatment for PAH to develop, here are a few of the warning signs:

While there is still more unknown than known about the definitive causes of PAH, here are a few of the factors that could put you at a higher risk:

One of the simplest ways to reduce your risk of developing PAH is to choose a different body contouring procedure such as SculpSure® or liposuction.

Paradoxical adipose hyperplasia is a non-cancerous condition, yet it can cause major disfigurement. This can lead to emotional distress for those affected by it.

Does paradoxical PAH go away on its own?

Paradoxical hyperplasia is not dangerous, but without treatment, it won’t disappear. Patients usually have to wait between 6-9 months before the fat in the affected area can be sufficiently softened and safely removed using liposuction as corrective surgery to avoid the potential reoccurrence of PAH.

It’s important to tell your plastic surgeon if you’ve gone through CoolSculpting and are experiencing the “stick of butter” so that they can assess the area and advise on what to do next.

How to solve Paradoxical Adipose Hyperplasia

PAH is not physically dangerous, but as you know, it will not solve itself without treatment and even with treatment, if you don’t wait for it to soften first, there is a risk that it will recur. Surprisingly, the way to fix paradoxical hyperplasia caused by non-surgical methods is through surgical liposuction. Unfortunately, you have to wait a few months after developing paradoxical hyperplasia before you can have liposuction.

At the Boston Center for Facial Rejuvenation, we specialize in creating ideal body shapes with both surgical and non-surgical methods. After corrective liposuction, you will get the curves you wanted from CoolSculpting. People who had liposuction due to paradoxical hyperplasia were very pleased with their new silhouettes.

Getting Rid of Fat With CoolSculpting

CoolSculpting is a widely-known and widely-used non-invasive procedure for reshaping the body. It works by reducing the temperature of fat cells, which causes them to become inactive and unable to store fat. After undergoing CoolSculpting, these cells will gradually break down and be eliminated from the body through the lymphatic system 3-6 months after treatment.

CoolSculpting allows you to achieve a slimmer, more defined appearance without the need for surgery. After a series of treatments (typically 2-3), your body will adapt to its new contours and you can expect to see a significant reduction in fat. This cosmetic procedure is typically performed in a series of sessions and is a more convenient and less disruptive alternative to surgical procedures like tumescent liposuction. CoolSculpting freezes away fat from the tummy, hips, thigh, arm, chin, and waist.

CoolSculpting is popular among both women and men because it allows for subtle, gradual fat loss. It also carries a low risk of side effects, which may include temporary swelling, tenderness, or redness in the treated area. Most people are able to return to their normal activities immediately after the cosmetic procedure.

SculpSure® Has Not Been Associated with Paradoxical Adipose Hyperplasia

SculpSure® is one of my specialties. Instead of using cold to destroy the fat cells, SculpSure® is a laser that uses heat. The benefits are two fold. First, SculpSure® does not cause paradoxical adipose hyperplasia as the later only occurs following a cryolipolysis treatment. Second, one of the potential downsides of any fat reduction procedure is that you may be left with more loose skin. Elastin is what allows the skin to “bounce back” and reform over your new, leaner contour. However, factors such as:

These can all weaken, and stretch your skin. One of the things that I like about SculpSure® is that, for some patients, the heat from the laser may have a mild tightening effect.

This is ideal for patients with a mild degree of loose skin. If you have more severe drooping, I will probably recommend a surgical procedure such as a tummy tuck or Mommy Makeover.

SculpSure as a non-invasive treatment typically requires two sessions to achieve the desired results. Each treatment takes 25 minutes and does not require any recovery time. Since non-invasive treatments like SculpSure or CoolSculpting depend on the body’s own mechanisms to get rid of fat cells, the results won’t be visible immediately and it can take a few weeks. Full results from these treatments are usually visible after about 12 weeks post – procedure.

Compared to cryolipolysis, SculpSure has been associated with only mild tenderness rather than intense pain. Additionally, there have been no reports of SculpSure causing PAH. When considering a non-invasive fat reduction procedure, it is important to carefully evaluate the potential risks and benefits of each option and read reviews from previous patients.

Liposuction is the Gold Standard for a Reason

Some patients who come in to discuss non-surgical body contouring do not want a surgical procedure. I respect this decision, and simply make sure that they have realistic expectations about what can and cannot be achieved. However, many patients have a misperception about liposuction. They think that it’s a bigger deal than it actually is. While yes, liposuction is a surgical procedure that will require an investment in terms of recovery, it is also something that I routinely perform under local anesthesia and one where the incisions are so small that they often don’t even require stitches. 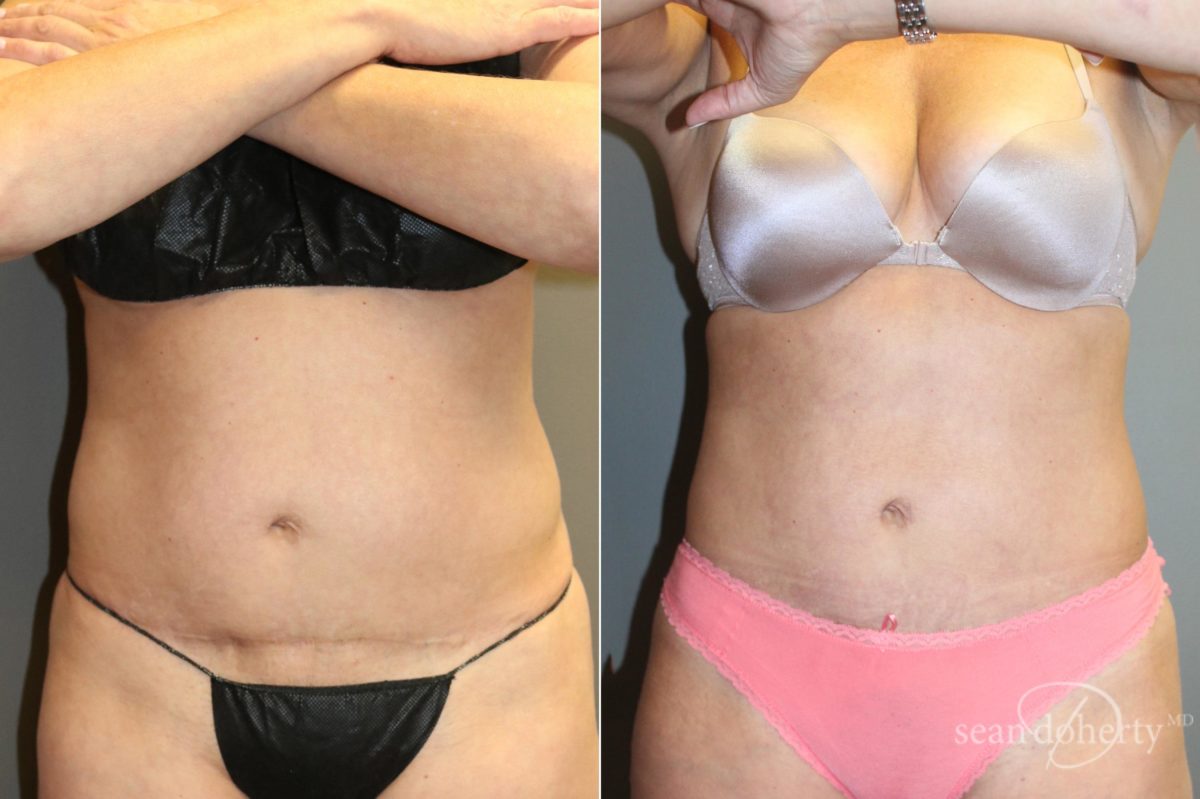 View Our Before & After Photos

Liposuction is the gold standard in body contouring for a reason. It gives me the most precision and control. I can basically sculpt your body into a more ideal proportion. Furthermore, the fat that we remove can also be placed into other areas where you may have lost volume such as the breasts. It is the ultimate in recycling. So, if you are concerned about PAH, and are unhappy with the look of your body, come in to see me so we can discuss other options.

To find out more about SculpSure®, liposuction, or any other surgical or non-surgical procedure with Dr. Sean Doherty at his Boston or Brookline office, contact us today or call (617) 450-0070 to schedule a consultation.

Please let us know if we can be of help